Have you ever noticed the sheer amount of old English pubs which boast the accolade,

The man must have been on the world’s longest pub crawl. It’s a wonder he got anything done.

But done he did. And the rest is history (and a multitude of adaptations).

David Copperfield is the latest to get the retelling treatment by one Armando Iannucci (with co-writer Simon Blackwell) who also directs and produces (with Kevin Loader).

It would be tempting to think ‘cue the comedy version’, but as Iannucci points out in the production notes,

There are really hilarious scenes in the book like David getting drunk for the first time…little moments of almost slapstick comedy, like when he joins the law firm and has to negotiate his way round the creaking floorboards.

Co-writer and oft collaborator on projects including The Thick of it and Veep, Blackwell, agrees, pointing out,

…it’s genuinely some of the funniest comedy I’ve read. You don’t have to think, ‘oh I can see why that would have been funny in 1850’, it is funny.

And so, faithful to the text, the film tells the story of a life from the man himself, David Copperfield. 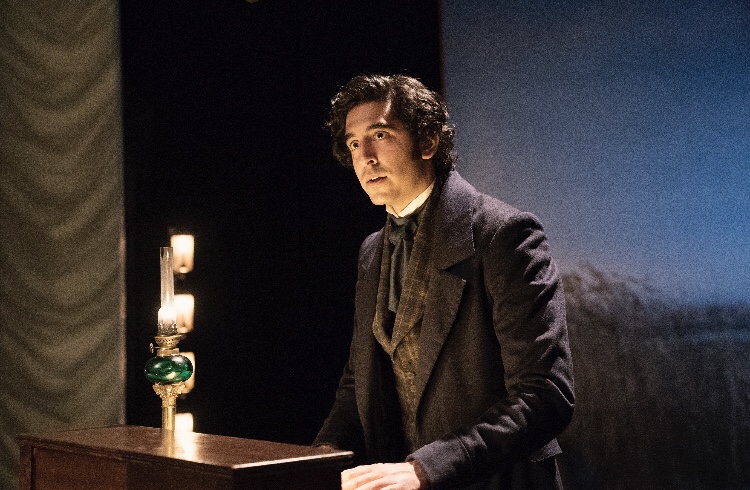 We see the familiar first person narrative take us through both idyllic and turbulent times as a boy becomes a man, noting down the world around him and the characters encountered. 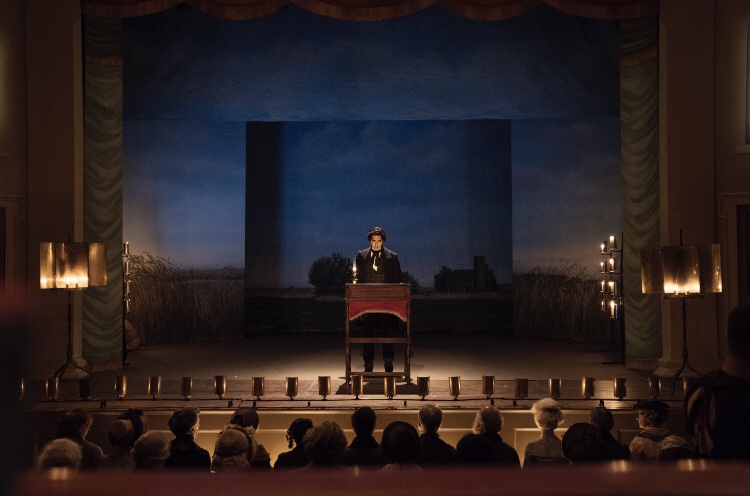 Which takes us to the cast, performances and scenes and whilst much credit has been given to the comedy already present in the source text, let’s now give some to the players and indeed writers of the film in hand because, reader? It really is very good.

With 50 speaking parts, the film could be forgiven for relying on a couple of big names for the main parts, and casting the rest of the ensemble with good but relatively unknowns. But to throw out the oft-used cliche, this is a ‘stellar’ cast and with the introduction of each actor to the story throughout, feels like a delicious treat delivered to us film-goers. 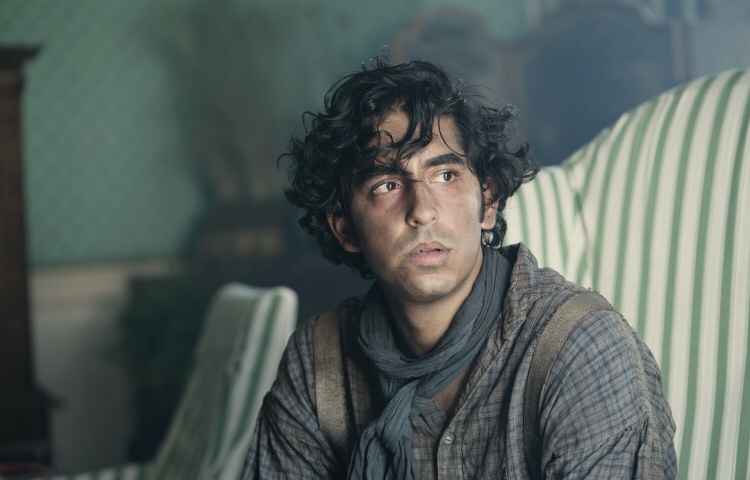 Dev Patel (Slumdog Millionaire) takes on the title role and brings pathos, heart, passion and indeed fabulous comic timing to the performance. But before Patel even rocked up on screen (ok, so he appears in the opening scene but ignoring that…) I was already enthralled by the young actor, Ranveer Jaiswal, who takes on the role of David between the ages of 4-7 years old. A charming, spirited performance.

Many of the characters, revisit the action throughout the film and so the inclusion of so many fine actors aren’t blink and you’ll miss them, they’re back to delight again and again. For instance, Morfyyd Clark (Dracula) is first introduced as David’s mother, Clara, and later as his eccentric betrothed, Dora Spenlow, giving weight to the adage that little boys eventually go onto marry their mothers (or do they? No spoilers here, no siree). 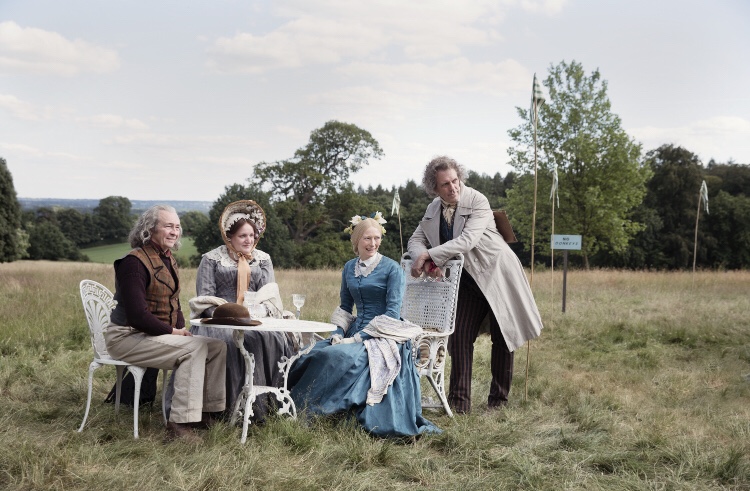 A favourite of mine in both this and general life is Daisy May Cooper (This Country) who for me was born to play Peggotty, the well-meaning housekeeper from Copperfield’s family home and seemingly friend for life. 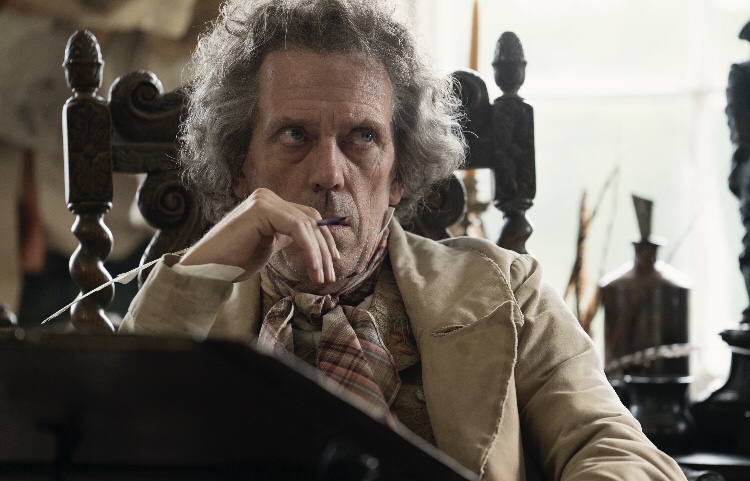 Tilda Swinton (I never tire of telling how I saw her in the lobby of a London hotel I was staying in once – that’s essentially the whole story but I never tire of telling it) and Hugh Laurie form a delicious double-act in the shape of Copperfield’s Aunt, Betsey Trottwood and her distant cousin, Mr Dick, who share a house and ground seemingly with King Charles I who lives in the latter’s head, and a dozen or so plague of donkeys.

Peter Capaldi rejoins his The Thick of It colleagues with a wickedly funny and physical performance as Mr Micawber. With a twinkle in his eye, a stripe to his sock and an appalling line in accordion playing, Micawber is as far removed from Malcolm as can be (save a bit of wileyness) but is equally as charismatic. 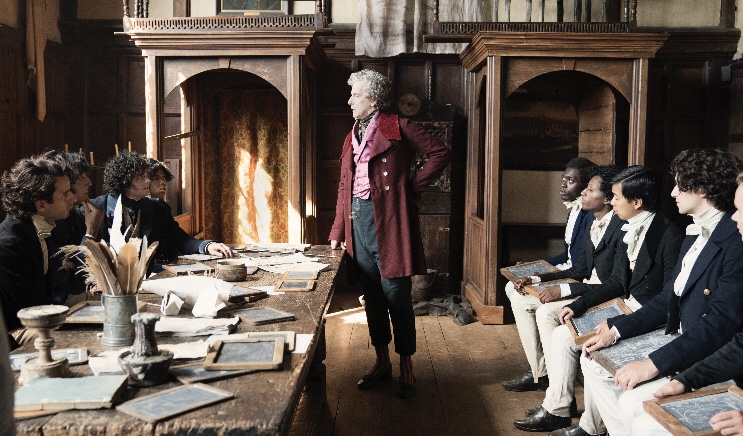 I’m now getting into the realms of just listing names now without substance but short of making this a uni dissertation, there are so many noted names it’s difficult not to.

Paul Whitehouse (Daniel Peggotty) who the part of the fisherman living in an upside down boat seemed destined for him to play (almost as if Dickens had written for The Fast Show), Ben Whishaw’s Uriah Heap almost reaching out through the screen to you to make your toes curl and your flesh creep, Darren Boyd (Murdstone) who should be accompanied by a clap of thunder each time he appears on screen, delivering classic Dickens ‘mean’, Benedict Wong delivering drunken portrayal of the year (I know it’s only January but I have faith), with a poised, strong performance as his daughter, Agnes, from Rosalind Eleazar, I’m merely scratching the surface.

A final note on the inclusivity of the cast. The focus was on which actors would bring the best performance to the characters. This approach gives no room or time for whether their ethnicity is in line with the original text or indeed the family within which the character sits. And indeed, it proves as irrelevant as it should.

The film is respectful to its source and brings out the humour, wit and comedy that was always there, but not always reflected in subsequent adaptations. And I’m sure Dickens would raise a drink to that.

The Personal History of David Copperfield is on general release from 24 January 2019.

Full cast and production details can be found at IMDB.COM